Deprecated function: The each() function is deprecated. This message will be suppressed on further calls in menu_set_active_trail() (line 2405 of /home/www/corporate.nwtdemos.com/includes/menu.inc). 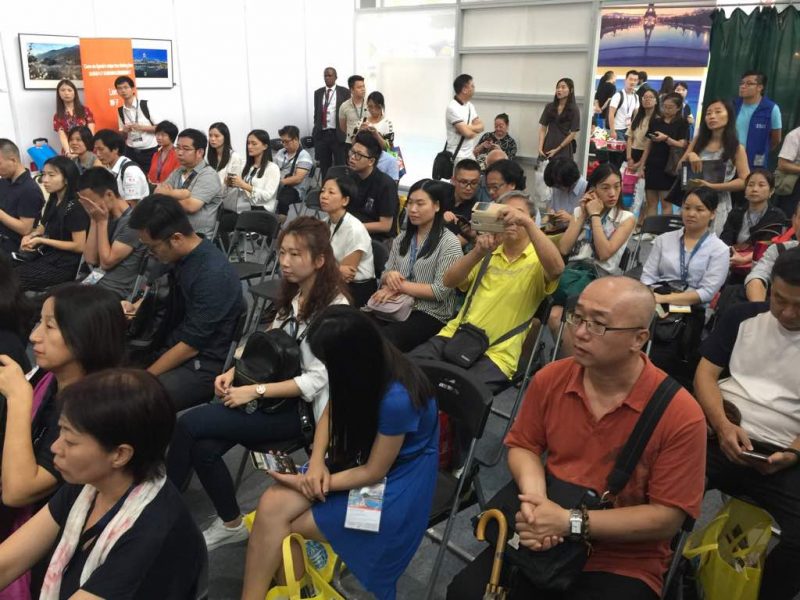 Prof Kamuntu is heading a delegation of government and private sector players at the China Guangdong International Tourism Expo as part of promotional efforts to get at least one million tourists from the world’s largest outbound tourist nation.

“We are going to embark on an aggressive marketing campaign in this very important market. To this end, the government is looking at the Chinese outbound tourism market contributing greatly to its aspiration,” said Kamuntu at the sidelines of the expo last weekend. The China Guangdong International Tourism Expo was attended by over 500,000 people.

The Minister was accompanied by Mr. Stephen Asiimwe, the Chief Executive Officer of the Uganda Tourism Board (UTB); staff of the Guangzhou Consulate, led by Ambassador Solomon Rutega, Uganda’s Consul General in Guangzhou; and officials from the Uganda embassy in Beijing.

“In this year’s budget, we have included a budget for market representation and public relations. We hope that this will help bolster our presence in the Chinese market, increase visibility and awareness of the destination and grow visitor stay and spend in Uganda,” Asiimwe said.

The Expo and conference, was held at the Pazhou Exhibition Complex in Guangzhou the capital Guangdong, China’s richest province in China, with a GDP of US$ 1.15 trillion, and a population of over 110 million people. The side event was organised as part of ongoing activities by the Consulate to create further awareness of Uganda as a favourable tourist destination.

Ambassador Rutega said since the establishment of the Consulate, trade, investment and tourism had increased tremendously.

“One of our core result areas has been tourism. We hope that these engagements will ensure the government targets are met,” Rutega said.

The Tourism Administration of Guangdong Province was represented by Mr. Liang Yongzhong, who expressed the readiness of the Government of China to support Uganda’s efforts to attract Chinese outbound tourists.

Uganda’s tourism minister Kamuntu is in Guangzhou, as part of his visit to China, during which he will attend the General Assembly of the United Nations World Tourism Organisation in Chengdu, Sichuan Province. He will also preside over another Consulate-organised conference on promoting Uganda’s investment and tourism opportunities in Nanning City, Guangxi Province on 14th September, 2017.

REGISTER TO GET UPDATES